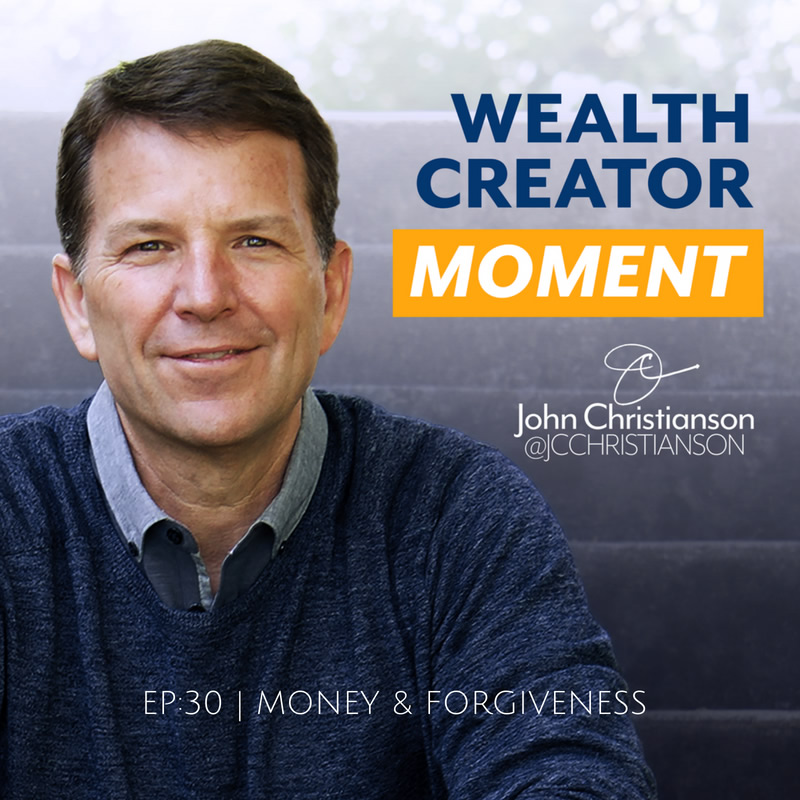 Money can be an instigator of stress, strain, and even fracture relationships. This can come in the form of spending issues, budget problems, sometimes a lack of appreciation, especially around gifts. Money can be used for manipulation and control. Sometimes money can be placed above relationships in regards to importance.

All of these things can create wounds in our heart toward people that we care about. What we’re left with is resentment and a lack of forgiveness in most cases.

What I’ve found in my own experience, is when I have resentment and unforgiveness, it can build up. I can justify it in all kinds of ways, mainly if I’m not ready to let it go. I’ve found that if I don’t let it go, it creates toxicity in my life and results in me getting hurt.

There was a circumstance recently with one of my kids, where I realized that there had been, from my point of view, an intention to handle a certain financial situation appropriately. I felt as though I was loving and caring. But from my child’s point of view, it wasn’t, it was hurtful, and it was damaging to the relationship.

I held on to that feeling, and I held back in a lot of cases in my relationship because of the resentment I had. I felt unfairness, and I thought it was unfair to me, and in the end, I was the one who ultimately lost. I lost relationship with my child for a period of time.

This put me in what’s called a ‘double bind,’ where  I could choose to hold onto my resentment, which made me feel angry, bitter, or I could let it go. But if I let it go, I’d also have to let go of the unfairness, the feeling of being justified, and feeling like I was misunderstood.

In a lot of ways, I needed to step into a place of letting the resentment go, so I could say, even though the behavior isn’t helpful to me and was hurting me,  I’m just going to forgive. I’m going to let go of that resentment I’m holding in my heart, and forgive the other person. Making the choice to look at the heart of the person, and the kind of person they are, not at the action.

Often I think we look at the actions of other people, and we look past their heart.

In a lot of cases, money magnifies what issues are already there in relationships. And what is required is grace. More grace for the people, and seeing them as a person that has their own hurts, feelings, and damages in their life, and seeing them for people that have good hearts.

That’s not to say every circumstance plays out this way. Some people do take advantage of us and abuse the role of money in relationships. There’s no doubt that occurs. But I think a lot of times from our perspective, we can justify why things are happening, instead of just forgiving, and having grace for someone else.

We can also attempt to mind read and decide outcomes that may or may not be true because we believe that we have the correct point of view. We can be self-righteous in assuming that our perspective, and money, and our view of the circumstance, is the right one. In a lot of cases, it’s not!

The easiest way to let go of the resentment and frustration is by simply saying the words, “I forgive you.”

I hope that gives you some sense of peace or a pathway to peace. There’s a lot already written on anger; there’s a lot written on resentment, and forgiveness for that matter. This quick snippet is not intended to replace that, but I do believe that for forgiveness is an important part of finding a life fully lived.

I want to leave you with a question: Who is it that you need to forgive today?

Thanks very much and go live fully!