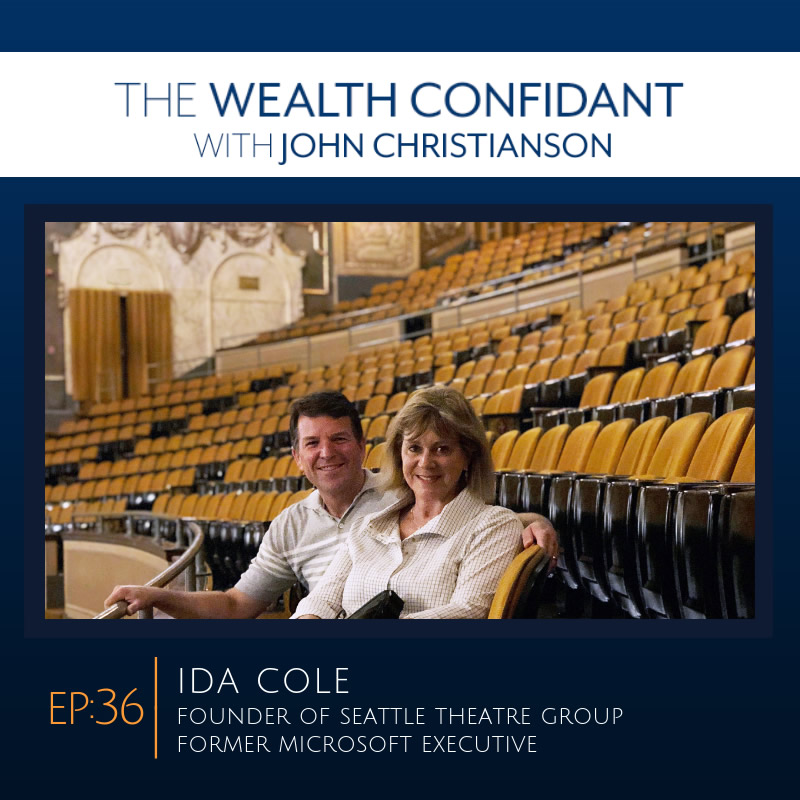 The creation and appreciation of art is universal across countries, cultures, and classes, and at the same time is very personal.

But does that make it worth studying, worth funding, worth doing? Does art matter?

These questions arise in conversations among community leaders, philanthropists and educators, and while they often are not asked that openly, they are answered nonetheless with the decisions we make and the direction we take as a society.

My wife and I have been supporters of the arts for many years, and one of the organizations that we choose to support is Seattle Theatre Group or STG.

Their mission is to make performances and arts education in the Pacific Northwest enriching while preserving Seattle’s most historic theatres.

This organization wouldn’t be in existence if it weren’t for my guest for today’s show, Ida Cole.

After a 22 year long career in technology, Cole left Microsoft in the early 90’s. She was the first female VP at Microsoft, and although she had reached significant financial success, she was determined to find more meaning and purpose in life.

She began her new journey by traveling the world. Learning French in France, how to cook in Italy and she even worked on an archeological dig in Tunisia.

Once she was back home, she attended a rock concert at the Paramount Theatre and was captivated by the historic charm and beauty of the theatre, but also noticed that it was beginning to fall apart.

The Paramount Theater—had been an integral part of Seattle’s history since it’s opening in 1928 and a place where generations of Pacific Northwest residents attended movies, concerts, and Broadway musicals. But it looked like its 65-year run had come to an end. With other historic theaters being torn down all over the city, Ida decided to dedicate her efforts to the Paramount’s survival, by forming a group of investors made up of her former Microsoft colleagues, including Bill Gates himself.

After a nearly 30 million dollar renovation, the Paramount has now been restored to its former glory and is now a thriving historic theatre in the heart of downtown Seattle.

Continuing to serve the original vision that Ida Cole had for The Paramount, the Seattle Theatre Group® has continued stewardship of the theatre. In addition to the Paramount, STG operates and maintains the historic Moore and Neptune Theatres.

You can find out more about Ida Cole, Seattle Theatre Group and The Paramount Theatre by visiting www.stgpresents.org.

I can’t wait to share this episode with you; I think you’re going to enjoy it!