Asking Yourself This One Question Can Change the Way You Work 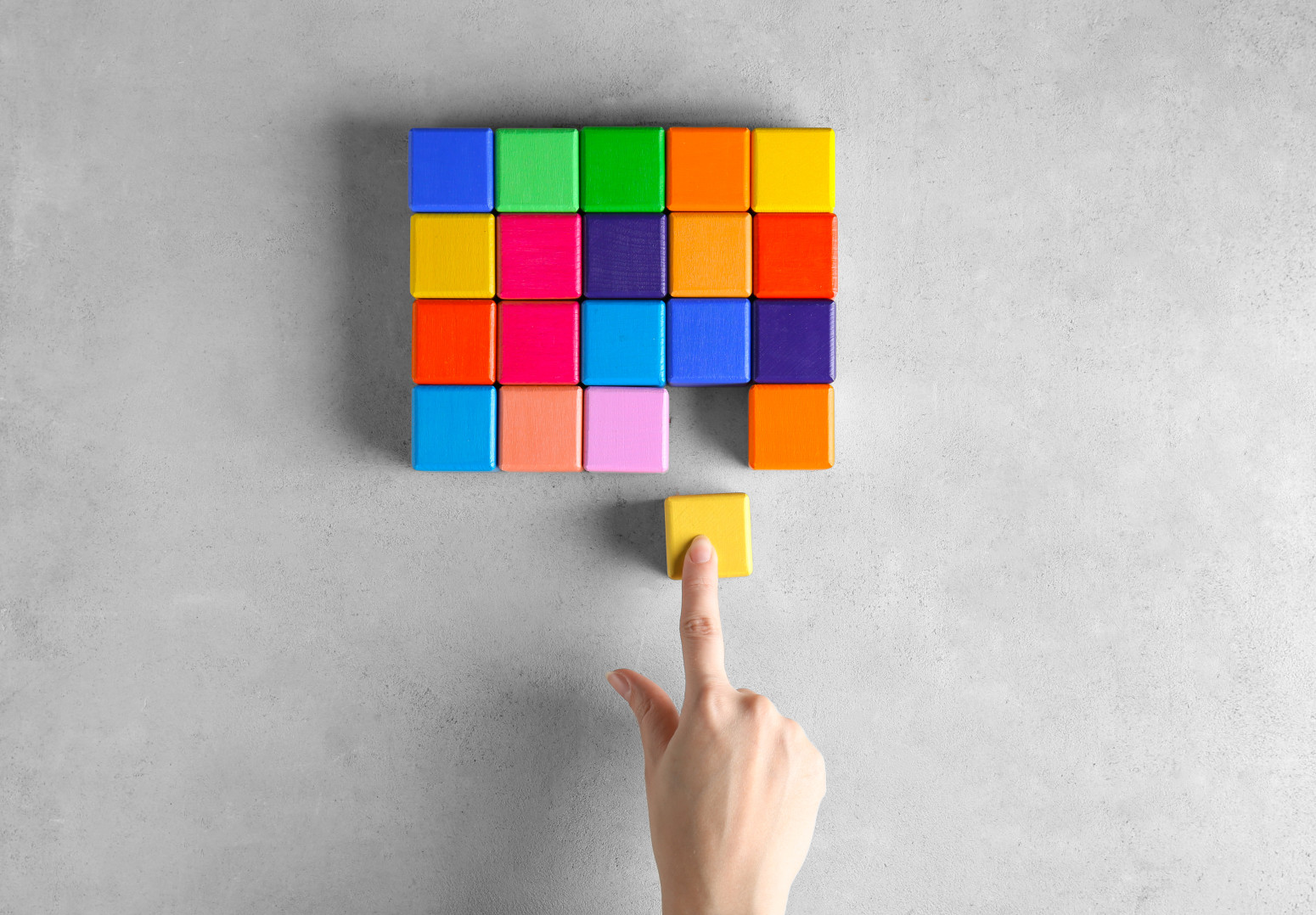 About ten years into running my own financial management company, I hit a wall emotionally, mentally, and physically. The accumulated years of long hours, volatile financial markets, managing employees, and serving newly wealthy clients was exhilarating as the business thrived, and simultaneously, sucking me dry. I was quickly running out of gas, and I desperately needed a new North Star to guide the journey ahead: a new destination, a clearer purpose, a better “why.” In other words, I needed a higher calling that would draw my life forward into a happier, more fulfilling future.

I began to find my sense of calling by asking myself the simple question, “Who are you?” At the time, I really didn’t know the answer. My life was busy, and I spent a great deal of time performing, achieving, and living for external rewards and the approval of others, as a validation of who I was and my worth. Until I started pulling back the layers of my life and examining my intentions, I hadn’t realized many of my behaviors, such as perfectionism and control, were coping skills I’d honed to help me achieve externally motivated “success.”

Starting to discover my “who” put me in direct contact with my failures, worries, and fears, which were painful to face. This process of discovery also helped me to recognize my personal achievements, gifts, talents, and core values. The essence of who I was at a soul level of being. My authentic self.

There is a saying that goes, “the fear of staying the same has to be greater than the fear of change before any movement will occur.” It took time and various counselors, coaches, and life planning experts to guide and help me through this process. It often felt daunting and I wanted and needed someone to show me how to do it. My wife had experienced her own journey of discovery and was a huge support and encouragement in leading the way. Digging down to the heart and soul level can be tough.

I had spent years distracting myself with work and personal achievement because it was just easier. However, once the lid came off and I ventured into the unknown, I found an infusion of positive energy moving me forward. It became a personal mission to understand myself and grow. I read everything I could about core values and learning to both understand and love myself for who I was. Not who I wished I was, but who I was in the present moment. Being enough was an interesting concept for me because it went against the other tensions of approval and the world’s definition of success, including financial success.

As a wealth advisor, I’ve come to realize that until we ask and answer the question “Who am I?” we can’t align our money to a life of meaning and purpose. The path of least resistance for many people is hiding their authentic self, keeping secrets and living life in isolation. Wealth and success contribute mightily to this end.

I facilitate a men’s group at our church called Genesis Process. At the heart of the program is the idea of being known, by yourself and others, in a loving and supportive community. For men in particular, looking under the proverbial hood to see who we really are is a scary concept. It’s very powerful when we realize we aren’t alone in our fears and worries, we aren’t the only ones who have failed and have regrets, and that we really do have dreams and hopes, even if some of those dreams have been nearly suffocated by life circumstances over time.

Years ago, I was uncomfortable, uncertain, and embarrassed to talk about myself and who I was at my core. While I’m not fluent yet, I’ve gained a sense of ease in accepting and appreciating the person I am. The attributes and characteristics of John include: loving, innovative, competitive, courageous, adventuresome, spiritual, athletic, generous, intelligent, curious, fun, inspirational, healthy, brave, loyal, and sensitive.

Part of my “who” also entails challenge areas that I’m working to improve such as: perfectionist, controlling, insecure, and anxious. There are also many roles I fill in life that create the external expression of John, including: son, father, grandfather, husband, friend, entrepreneur, coach, writer, facilitator, and child of God.

The following are questions that will aid in your process of self discovery. Keep in mind that purposeful self-examination takes reflection time and journaling. You may also consider discussing your ideas with a trusted confidant, who can provide perspective.

1.     What are your top 5 talents, skills, and competencies that you are most proud of?

2.     What are the top 5 personal values that you would never sacrifice?

3.     What are the core beliefs you have about yourself? (These may include beliefs you would be embarrassed to admit to or speak out loud.)

Blake Nordstrom, the fourth generation CEO of the iconic Seattle family business of the same name, lost a battle with cancer and passed away in January of this year at the age of 58. Just 30 days after he publicly announced he had cancer, Blake Nordstrom was gone.

Any time someone passes away who is close to my age, it seems to hit me hard. I found myself reflecting on my own life through the lens of Nordstrom’s circumstances: how quickly everything can be gone, and my flawed belief that somehow, I’m in control. Neither Blake’s money nor his status could change the deeply sad ending.

Through the media coverage around his death, I learned that he kept a little green laminated card in his wallet with the words “Extend Yourself” printed on it. Apparently, Blake had received this card many years ago from Reverend Dale Turner, a Seattle-area minister and former Seattle Times religion columnist who passed away in 2006. I was intrigued by why he held on to the card for so long. As a guy, I’m keenly aware of the size challenges of wallets and the need to keep only the most essential items in them. That reminder to “extend yourself” was an essential item Blake Nordstrom carried with him daily.

The call to “extend yourself” resonates with my philosophy of helping people align their money with a life of meaning and purpose. I personally want to extend myself more in life, and I’m encouraged and inspired by notable and wealthy people who embrace caring deeply about others as part of their value set. The world becomes a better place every time we extend ourselves and demonstrate compassion, by sharing our time, our talents or our wealth. Extending yourself also counteracts the natural tendency we have to isolate ourselves behind wealth, privilege and status.

There is a learning curve when it comes to extending ourselves – we may not know how to get started until we witness someone else doing it. We often need models to show us the way. This played out dramatically in my life about a year ago.

My wife Kelle and I volunteer on a search and rescue van serving the homeless community in Seattle. On a blustery cold night in December, we were out with the van crew, walking the streets to hand out sandwiches, hot chocolate, gloves and socks to the many homeless and hurting people of our city. Toward the end of the evening, a young man came up to the van who had been living on the streets for quite a while. He was thankful for what we had to give him. He didn’t have gloves on and asked if we had any left? I told him we had already given out all the gloves we carried that night. I glanced down at my own hands that were encased in warm gloves, and decided to give him mine. It felt like the right thing to do, because gloves were so important to his comfort and survival on a cold night, and so insignificant to mine. I could easily replace my gloves.

That act of extending myself might never have happened if I hadn’t had an example to follow. Earlier that evening, I watched as the driver of the van had taken off his boots, replacing them with plastic bags tied over his stockinged feet. He was on a mission to find a particular homeless man who he intended to give his boots to. The driver’s act of compassion was the fuel that inspired me to give away my gloves.

“Extend yourself” might be just another word for generosity. Extending yourself forces you to take a risk, to go beyond the safety of the careful lines we draw around ourselves, our material possessions and our time. When I took off my gloves and gave them to that young homeless man, I didn’t realize that my wedding ring had slipped off and become lodged in the finger of the glove. I didn’t notice it missing until much later in the evening as we were headed home. I’ve worn that ring for 30 years of my marriage to Kelle, and while at first it was a terrible shock to know that it was probably gone forever, I came to realize that what I had been handing out on the streets of Seattle that night was really a piece of myself. It was love, and that’s the most powerful gift each of us has to give.

Extending yourself involves movement—towards someone and something. Action and not just thoughts. It also involves a deeper commitment of our emotions and spirit. It can start with simple kindness, holding the door for someone, taking the earbuds out to say good morning to a stranger, but those acts don’t take much effort. You’ll know you’re extending yourself when the inner voice in your head tells you: I don’t have time for this right now, just keep walking, someone else will help, I’m already late, ignore them and don’t make eye contact. Consider those prompts as opportunities to extend yourself into someone else’s life, and the love you extend will change you in powerful and significant ways.

A Guide to Maximizing Your Return on Life and Money

The Wealth Creator’s Playbook is the must-read, go-to guide for individuals who are chasing financial success and all the richness of a deeply fulfilling life.